First off is the Fire Giant, we’ve had his artwork and animation in for a while now, but he didn’t do anything but a basic melee swing with his axe.  Now the Fire Giant has a magic spell that shoots rays from his axe to several locations around him.  At every location a burning fire hotspot is created which remains for a few turns.  Additionally, any items at the location of a fire ray hit will be permanently destroyed and can’t be picked up. 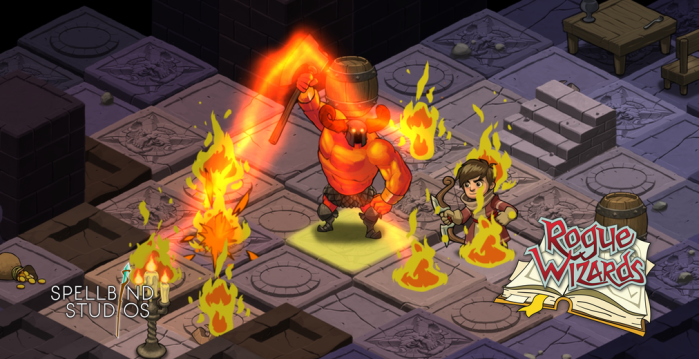 Alex and Aden finished the artwork and animation for the Disturbling, a super crazy cosmic creature.  He’s got a bite melee attack, but has this really twisted looking magic attack where a hand comes out of a portal that opens in front of his mouth.  Not sure what that’s gonna do yet. 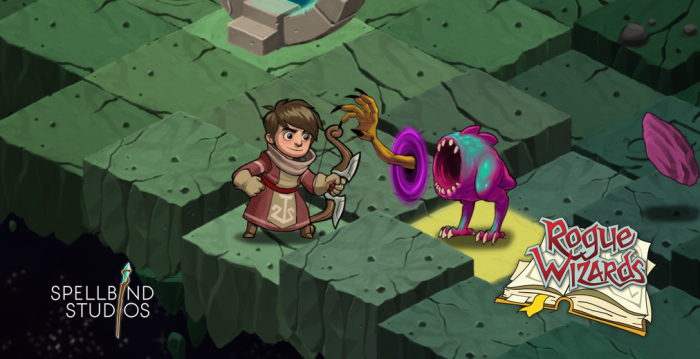 The Thiefling is a new creature that can steal items from the player.  He’ll prefer to steal items that are currently equipped or on the shortcut bar of your player, but sometimes also dips deep into your backpack and can steal any item.  Watch out if he steals a stack of magic materials, you might quickly find you can no longer cast that fireball spell you had readied. 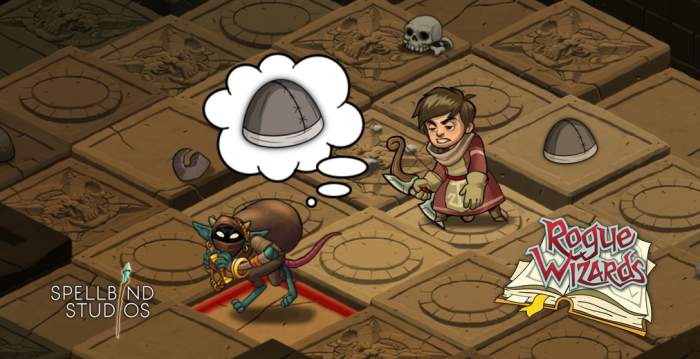 Thiefling stealing a helm from the player

Here’s the development highlights and details from the past month.  Want to talk about these changes or other aspects of the game, then visit us in the online forums.

Major Features & Changes:
– New Creature: Thiefling … these rat like hunchbacks can whip you with their tail or steal an item from your inventory and quickly flee with it.
– New Creature: Mimic, these look like chests but will attack you when you disturb them, if you find them via “detect hidden”, you will see the true Mimic form but they remain dormant until you interact/hurt them
– Champion monsters now summon 1-2 minions when they cross below 80%, 50%, and 20% health
– Blob enemy now has a 75% chance to replicate when damaged or killed, each successive generation of replciated blob has -20% health per generation
– Fire Giant now has a ranged magic attack in which he raises his weapon and fires 3-6 bolts at surrounding cells causing a fire hazard to appear at the target and permanently destroying any items on the ground there.
– Banish is now 10% more likely to work on the same target for each previously failed banish attempt on that target
– When you destroy an item for the first time, you now get a confirmation dialog to make it clear that the item is being destroyed and not un-equipped or dropped or something.
– The minimap is now visible during the intro “Wayside Inn” intro map
– Sundries now always has at least 2 health potions to sell
– Chests now always drop better loot, they can no longer be empty or spawn materials
– Keys can no longer break when opening chests until you are level 5+
– Removed demolish from all town ring interact menus
– Disabled the physical damage combat immunity, it’s super harsh
– Totally removed all weapon +3 rank affixes by setting their weight within their affix group to zero (the affix still exists in data if we want it back)
– Rebalanced the weights of affix weapon +1 and +2 ranks so that +1 ranks appear 90% of the time and +2 appear 10% of the time